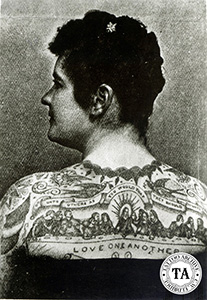 Leonardo da Vinci was already a well-known artist when he created his masterpiece The Last Supper. He painted it on the wall of the Dominican convent of Santa Maria delle Grazie, in oil. It took him four years to complete - 1495 to 1498. The Last Supper, one of the world's most famous paintings, is a sacrifice to Leonardo's love to experiment. Leonardo, always the inventor, tried using new materials for The Last Supper. Instead of using egg tempera on wet plaster (the preferred method of fresco painting, and one which had worked successfully for centuries), he thought he'd use dry plaster which wasn't at all durable. The painted plaster began to flake off the wall almost immediately, and people have been attempting to restore it ever since. The painting began to decay even before his death; the damage was made worse by clumsy efforts to repaint it. Worst of all, somebody cut away part of the painting in order to make a doorway through the wall directly under the central figure of Jesus.

"The Last Supper" shows Jesus eating with his disciples shortly before Judas sold him into the power of his enemies. The disciples are seated at a long table, which holds the bread and wine of their meal. Jesus sits a little separated from the others. He said to them,"One of you will betray me." His calm face and his hands spread palms upward on the table show us that he is resigned to his suffering. The disciples show their surprise and horror as they ask which of them can be the guilty man.

In the tattoo world, The Last Supper ranks right up there with the other religious designs such as The Crucifixion, Christ Heads and the Virgin Guadeloupe, to name a few.