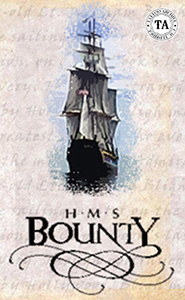 You may remember the story of Captain William Bligh and how his crew mutinied in 1789 leaving him and a few other sailors at sea in a 23-foot launch. Bligh sailed 3,618 nautical miles to Timor and that the voyage still remains one of the most amazing achievements in maritime history. Quintal was an able bodied seaman on that ill-fated voyage of the HMS Bounty as well as a mutineer. Bligh's description of Quintal reads as follows:

Quintal was often described as having a brutal nature and as being one of the troublemakers on the Bounty; he was the first to be flogged. On March 11, 1788 Bligh wrote in his logbook,

"Until this afternoon I had hoped I could have performed the voyage without punishment to any one, but I found it necessary to punish Matthew Quintal with 2 dozen lashes for insolence and mutinous behavior."

This was only the start of problems for Quintal, he was killed by fellow mutineers in 1799 on Pitcairn Island.