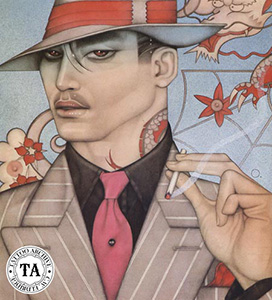 To some Japanese traditionalists, Yakuza represents the last vestiges of feudal Japan. At a time when society was governed by the now forgotten ideals of duty, honor and loyalty, Yakuza leaders claimed these ideals as the pillars of their organization. The start of the Yakuza dates back to the 17th century when these samurai banded together to protect the poor from ruthless rulers. They earned a sort of "Robin Hood" reputation, stealing from the rich and giving to the poor. These early Robin Hoods enjoyed gambling and the name Yakuza comes from a losing combination in a traditional card game referring to the number sequence eight, nine and three. The Yakuza are famous for their tattooed body suits and missing fingers.

The tradition of cutting fingers (yubitsume) is traced back to an early samurai practice. Warring samurai were ordered to remove an entire finger if they returned from battle with a few of the allies' heads mixed in with those of the enemy. Today only one finger joint at a time is removed as atonement for a serious offences or punishment.

A 1999 news article in the San Francisco Chronicle spoke about Dr. Alan Roberts, an English doctor, who developed a prosthetic finger that had become very popular with Japanese who were trying to hide their connection with the Yakuza. At first, Dr. Roberts thought he'd be dealing with accident victims but said, "I knew about the Yakuza and their code of honor from watching movies, but I had no idea my work would be so popular with bandits. It's very big business."